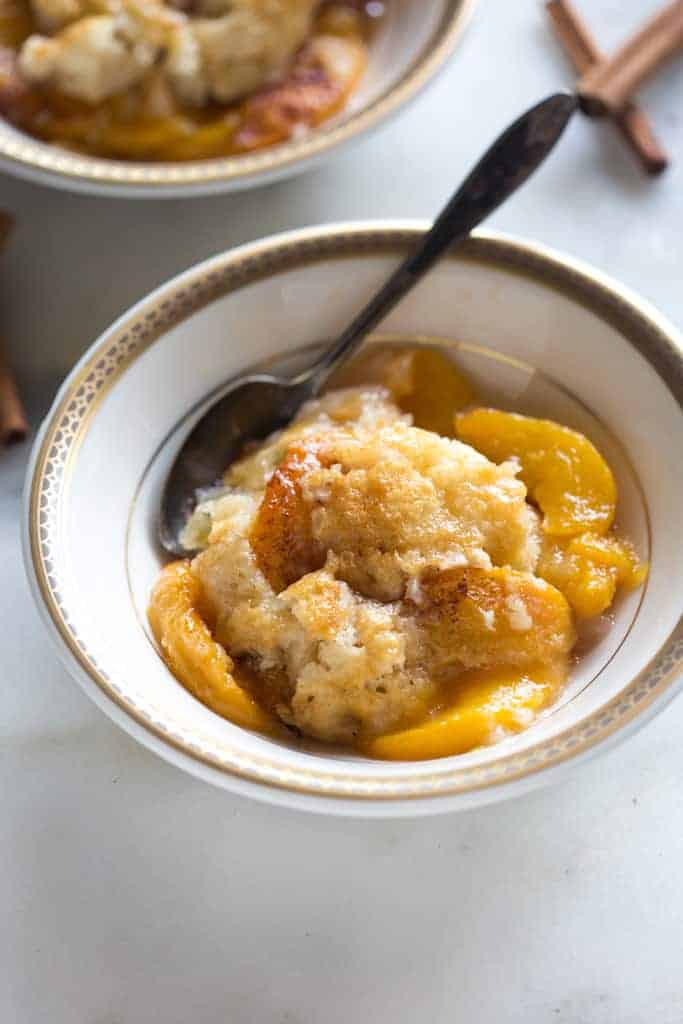 Blitz the raspberries to a puree, then pass this through a fine sieve into a bowl, to remove the seeds. Use the back of a large spoon to scrape the fruit through the sieve; you may need to do this in batches. Measure out ml of the puree and set aside, then sift the icing sugar into the rest there should be about ml , pour into a jug and refrigerate.

Pour enough water into a medium saucepan to come 2cm up the sides: you want the bowl from your mixer to sit over the pan without touching the water. Bring the water to a boil, then reduce to a low simmer. Whisk the egg, egg yolks, lemon juice, sugar and salt in the clean bowl of an electric mixer, then place the bowl over the simmering water and whisk continuously for about five minutes, until the sugar has dissolved and the mixture is very warm.

Put the bowl back on the mixer with the whisk attachment in place and beat on a medium-high speed until it is thick and cool: it will thicken quite quickly, but takes 10 minutes or more to cool. Add the ml raspberry puree and whisk on a low speed to combine. Scrape down the sides of the bowl and carry on mixing until well combined. Fold in the cold whipped cream from the fridge, then scrape the lot into a large freezer-proof container, cover with cling-film and freeze for at least 12 hours.

Put some tall glasses in the freezer to chill. Put the maple syrup, glucose and sugar in a small saucepan over a low heat. Stir gently, until the sugar has melted, then add the pecans and salt.

Stir so the nuts are coated, then tip on to the tray. Roast for about eight minutes, until the syrup is bubbling around the nuts, then remove and leave to cool.


Once cool, the glaze should be completely crisp if not, return the tray to the oven for a few minutes, then leave to cool and set again. Break or roughly chop the nuts into 0. For the chantilly cream, put the cream in the bowl of an electric mixer with the whisk attachment in place, add the icing sugar and vanilla, and whip to soft peaks.

Transfer to a bowl and refrigerate. Remove the glasses from the freezer and divide the chopped plums between them. Drizzle half a tablespoon of the sweetened raspberry puree over each serving, add a tablespoon of pecans, then spoon a large scoop of semifreddo on top. Drizzle over the remaining sauce — about half a tablespoon per glass — followed by a small tablespoon of nuts and a couple of big dollops of whipped cream. Finish with a final sprinkling of chopped nuts and serve at once. Financiers are similar to friands, another little French cake whose elegance and svelteness belie quite how much burnt butter is built into their being.

They are typically rectangular, and at work we make them in straight, high-sided popover tins, so the icing trickles down the sides.

The batter can be made and kept in the fridge for up to two days. Makes 12 in a regular muffin tin or 24 in a mini-muffin tin. To make the batter, start by browning the butter. Put it in a small saucepan and cook over a medium heat until melted. Continue to cook until the butter is foaming, swirling the pan so the solids brown more evenly. 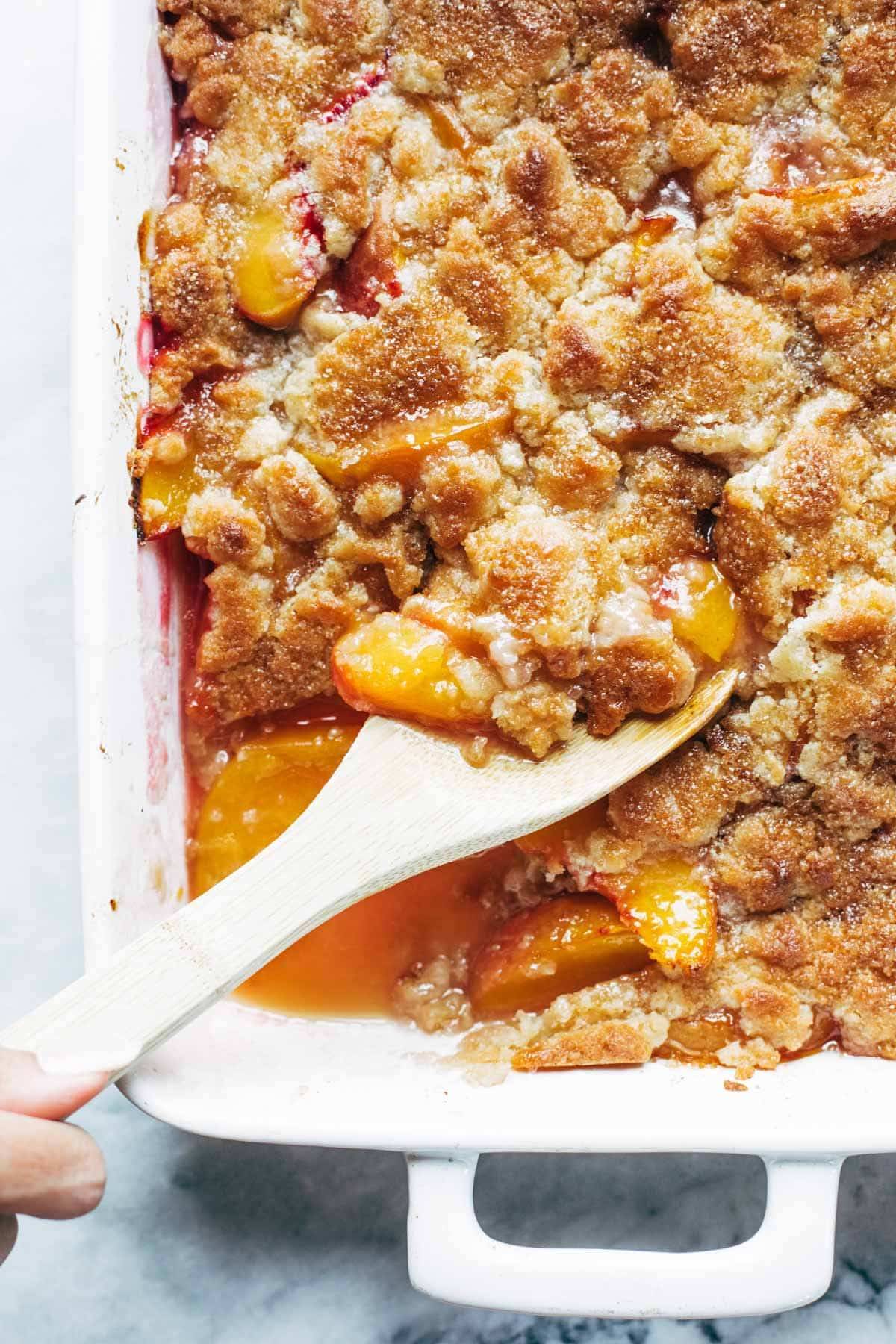 Leave the butter to bubble away until it turns a rich golden brown, then take off the heat and leave to stand for five minutes. Strain through a fine-mesh or muslin-lined sieve, discarding the solids, then leave to cool slightly. While the butter is cooling, sift the icing sugar, flour, baking powder and salt into a medium bowl, then whisk in the almonds. Pour the egg whites and dissolved coffee granules into the dry ingredients, and stir until just combined. Add the browned butter and mix until the batter is thick, shiny and smooth.

Fold in the walnuts and ground coffee, then cover with cling-film and refrigerate for at least two hours. Butter the moulds of your chosen muffin tin, dust with flour and tap away any excess. Spoon the batter into each mould, filling them three-quarters full, then bake for about 25 minutes if using a regular muffin tin, 14 for a mini-muffin tin, or until the tops are a little cracked and a skewer comes out clean.

Make the icing while the financiers are baking. Sift the icing sugar into a medium bowl and add the remaining ingredients. Mix until smooth, then set aside. Remove the tin from the oven, set aside to cool for five minutes, then gently tap it against a work surface, to encourage the cakes to fall out.

Put the financiers on a rack to cool. To serve, spread the icing on top and finish each financier with a walnut half, a dusting of icing sugar and a little finely ground espresso. When we posted a shot of these on Instagram , they got a big thumbs-up from our followers. These tarts are lovely just as they are, or with a spoonful of vanilla ice-cream, soured cream or creme fraiche.

Alternatively, raspberries work well, too: put three large raspberries in the centre of each tart and bake. To make the pastry, sift the flour, icing sugar and salt into the bowl of a food processor. Add the butter and lemon zest, then pulse a few times, until the mixture is the consistency of fresh breadcrumbs.

Whisk the egg yolk and water, then add to the mix: the dough should feel quite wet. Process once more, just until the dough comes together, then tip on to a lightly floured work surface. Knead the dough into a ball, wrap loosely in cling-film and press gently into a flattish disc. The dough will be very soft, so keep it in the fridge for at least an hour or up to three days. Lightly brush the moulds of a regular muffin tin with melted butter and dust with flour, tapping out any excess. If the dough has been in the fridge for more than a few hours, let it rest at room temperature for up to 30 minutes before rolling.

Tip it out on to on a lightly floured worktop, tap all over with a rolling pin to soften slightly, then roll out to mm thick. Using a 10cm or 11cm round cookie cutter, cut out 12 circles, and gently ease these into the muffin moulds, pressing them down to fill the moulds.

Refrigerate the muffin tin for at least an hour. Line the pastry cases with baking paper or liners. Fill with a layer of rice or baking beans, and blind-bake for minutes, until the pastry shells are light golden brown around the edges. Remove the paper and rice or beans, then leave the shells to cool in the tin. To make the frangipane cream, put the pistachios in the small bowl of a food processor and grind until fine but not oily.


Transfer to a small bowl, and mix in the ground almonds, flour and salt. Put the butter, sugar and lemon zest in the bowl of an electric mixer with the paddle attachment in place. Cream on a medium speed for a minute or two, until light but not too fluffy, then turn the speed to low and gradually add the beaten eggs. Using a piping bag or two dessert spoons, fill the baked tart cases still in their tin with frangipane to come about two-thirds of the way up the sides of the cases.

Once all the cases are filled, bake for about 20 minutes, until the frangipane starts to brown at the edges but the middle is still slightly soft.

Leave to cool in the tin for 10 minutes, then ease the tarts out of their moulds and place on a wire rack to cool. Serve sprinkled with blitzed pistachios, if you like. We make this in a 23cm bundt tin. Iced or un-iced, this cake will keep for two to three days in an airtight container. Serves eight to For the rum caramel icing 60g unsalted butter 80g light brown muscovado sugar 3 tbsp milk 1 tbsp dark rum g icing sugar, sifted. A day ahead, put the raisins and rum in a large jar or container for which you have a lid.

Give it a good shake and leave to macerate for a day. Whenever you walk past the jar, give it another shake.

Sift the flour, baking powder, bicarb, cinnamon and salt into a medium bowl. Put the butter, sugar and vanilla extract in the bowl of an electric mixer with the paddle attachment in place, and beat on a medium-high speed until smooth and light. Add the eggs one a time, beating well after each addition, then reduce the speed to low and, with the machine running, add the flour mix alternately with the soured cream, beginning and ending with the flour mix, to stabilise the mixture and prevent it from curdling.

Finally, add the soaked raisins and rum, and mix on a low speed just to combine. Scrape the mix into the tin, smooth the top, and bake for 50 minutes, or until a skewer comes out clean. Take the cake from the oven, leave for 15 minutes, then invert on to a wire rack and leave to cool. Make the icing only when you are ready to serve. Melt the butter in a small saucepan over a low heat, then add the sugar and cook for one minute, stirring continuously, until the mix comes together. Add the milk, increase the heat and bring to a boil. 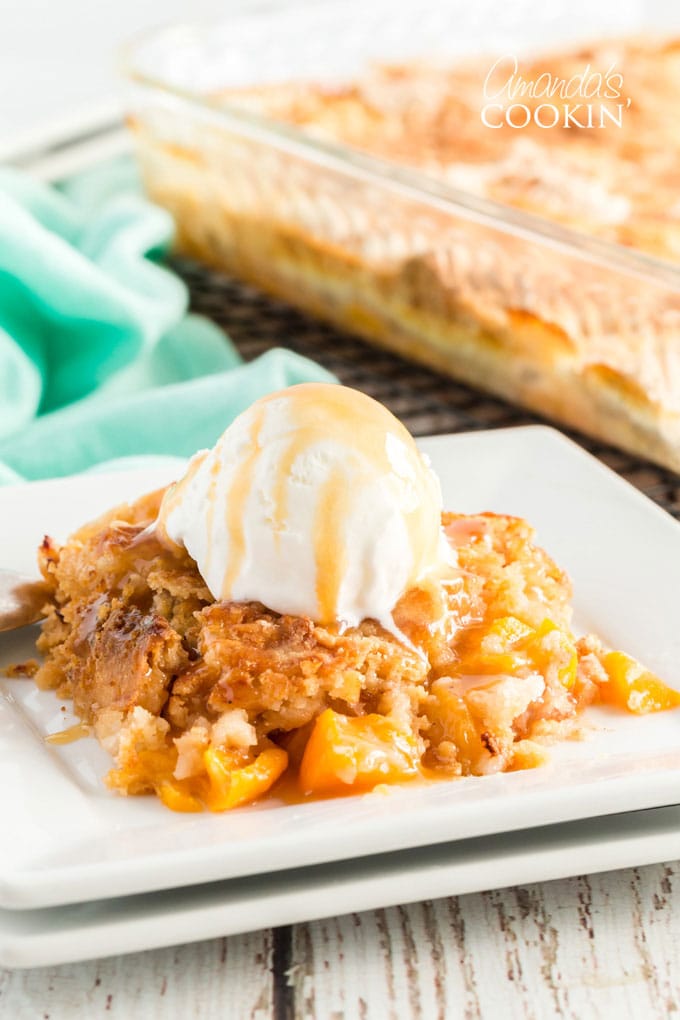 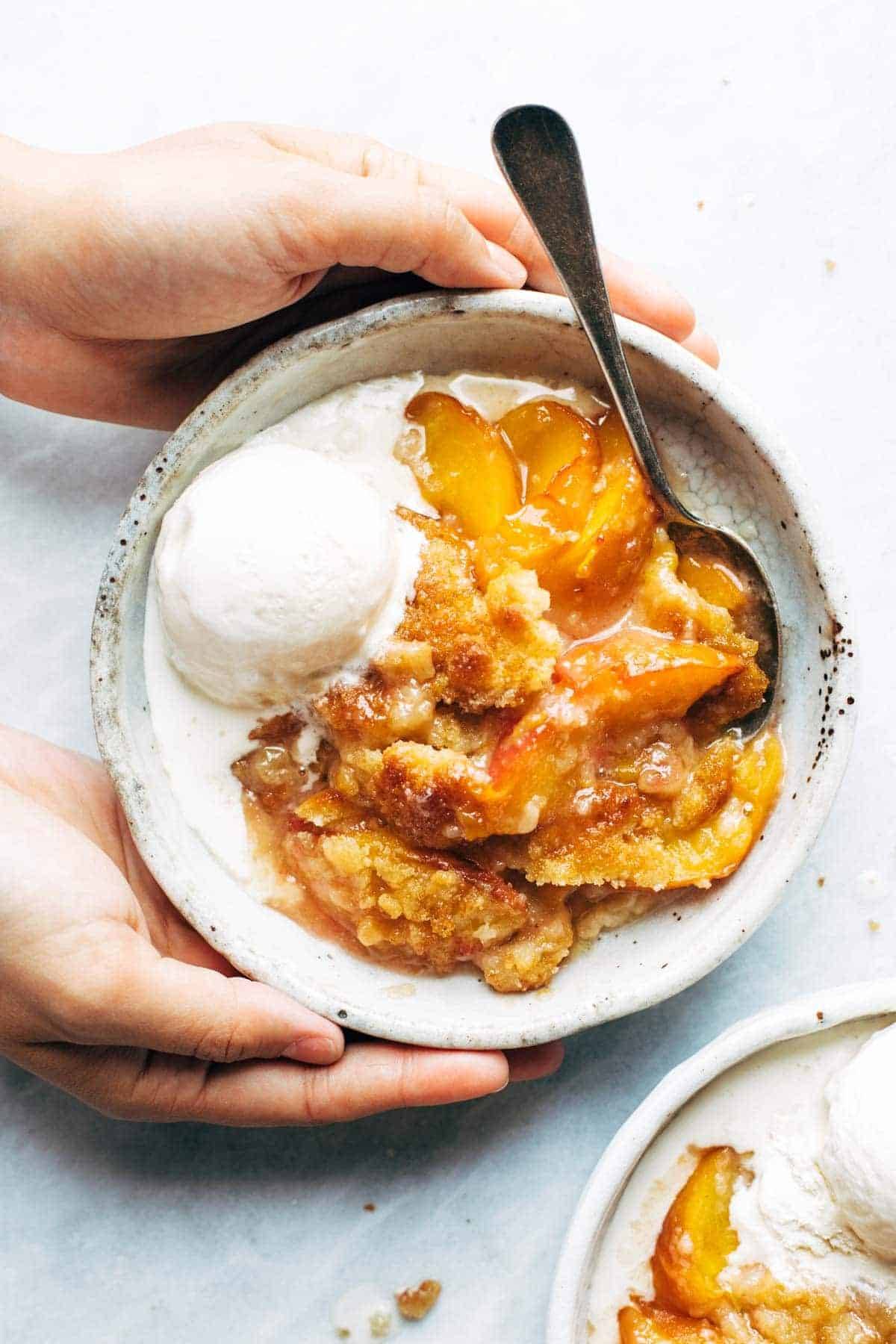 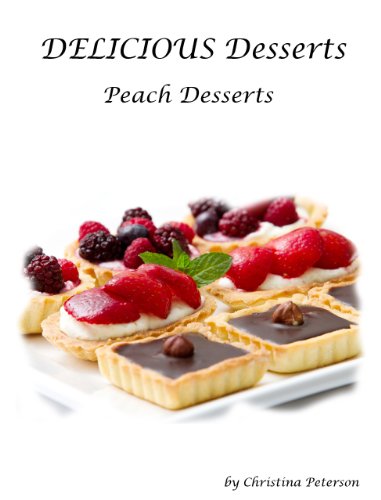 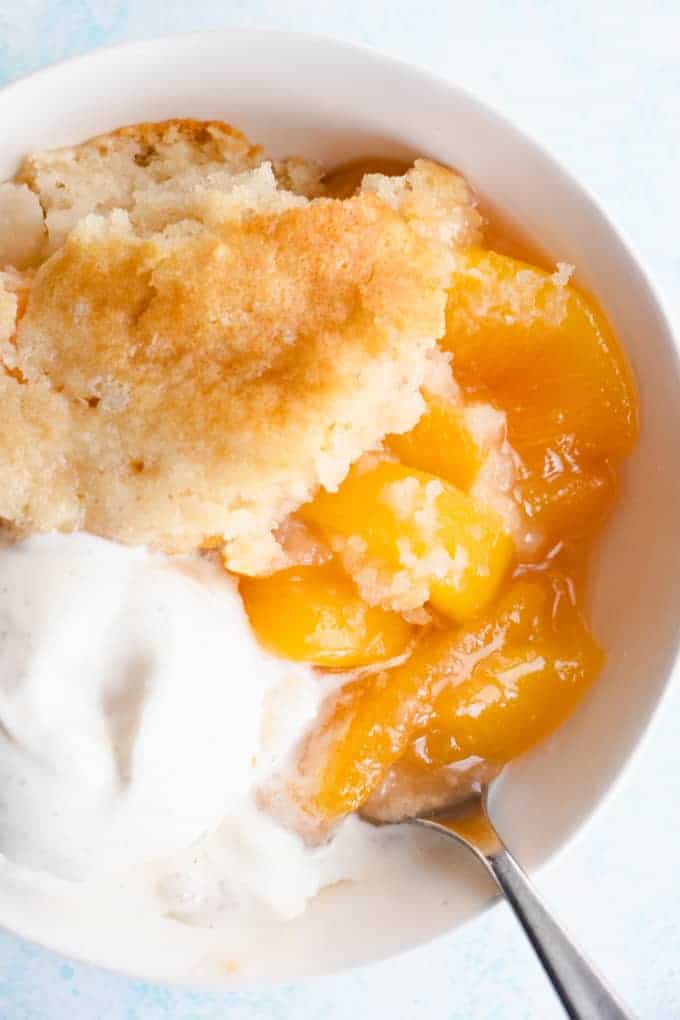